For the fourth year, Durham Academy will play host to an Ultimate Frisbee tournament on Saturday and Sunday with a very important goal — raising funds to supply another class of students at Durham Nativity School with laptops.

The following teams will participate in the tournament: 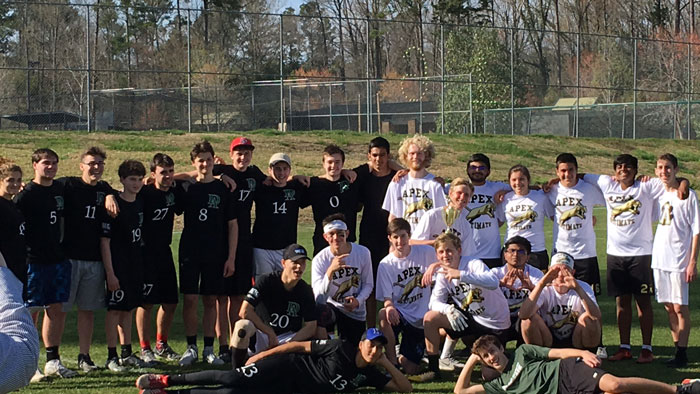 “When the tournament was first held, Durham Nativity students did not have access to functioning computers, and while the school isolated it as an important academic target, they did not have the funds to pay for a laptop program,” he said.

Hoffman expects to be able to purchase Chromebooks for DNS' eighth-grade class — completing his goal of providing laptops to the entire school — with proceeds from this year’s tournament.

Donation jars will be set up at the fields during the tournament; donations may also be made online.

Durham Nativity is a tuition-free independent school serving boys from financially challenged families. While Durham Nativity is a middle school, support for students continues throughout their time in independent high schools like DA, during college and into their first careers. The school encourages graduates to return to Durham as adults to give back to their community.