Only the best chess players around the globe qualify to compete in the World Youth Chess Championships each year, and among them this year was Durham Academy eighth-grader Arya Kumar. Despite being relatively new to the game, Kumar placed 28th in a field of 107 female players under the age of 14 at the tournament held in late October in Porto Carras, Halkidiki, Greece. 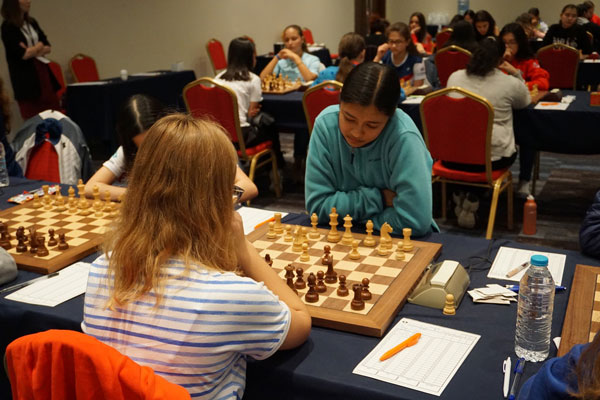 Kumar — who holds DA’s all-time ratings record of 1985 — was the only North Carolinian who qualified for the 2018 World Youth Chess Championships, an 11-round tournament. She is currently the top-ranked middle schooler, boy or girl, in all of North Carolina; is No. 9 in the state in the overall kindergarten-to-grade 12 division; and is ranked fifth in the nation among all 13-year-old girls.

Kumar went into the world championships — comprising 11 rounds — with no prior international exposure. She won six games and drew one, resulting in her placing 28th overall and tying for the second-highest number of points among the 14-member U.S. delegation of players under 14.

Prior to competing in Greece, Kumar represented North Carolina in the U.S. National Girls Tournament of Champions in Madison, Wisconsin, where she tied for third place.