But — as he told the hundreds of family members, friends and teachers gathered at UNC-Chapel Hill’s Memorial Hall on May 25 to celebrate the 102 members of DA’s Class of 2018 — he does remember one piece of advice, or rather, a forewarning: “She, the speaker, said, on that first day, ‘Blink, and your high school experience will be over. It happens that fast.’ ” 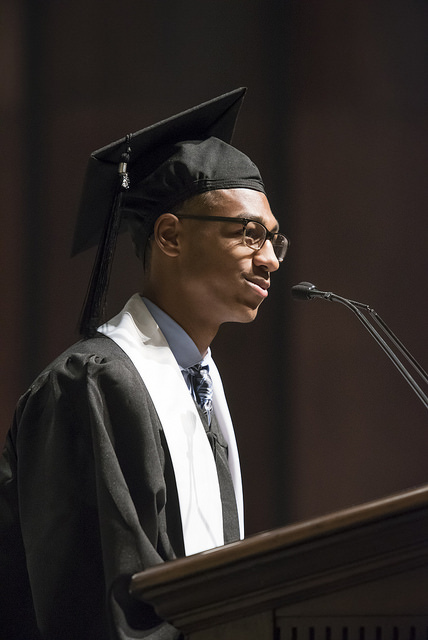 Charles couldn't help himself. He blinked, and found that he was, indeed, still seated in the balcony of Kenan Auditorium with the rest of his ninth-grade classmates.

“But the funny thing is, I’m glad my years at Durham Academy weren’t condensed to one swift eye movement,” he said. “Now that I’ve made the journey with my eyes fully open, what would have happened had my blink immediately propelled me four years into the future?”

There were the outdoor education trips during which the Class of 2018 cemented their bonds with survival skills and funny stories. There were assemblies about frogs, gardens and the like that were led by passionate classmates. There were nights spent screaming “at the top of our lungs” to cheer on classmates competing on the basketball court. And there were the many lessons imparted by their dedicated teachers.

“Class of 2018, had we closed our eyes, had we chosen to blink for just a second, had we missed all these memories we’ve made together, we would be so incredibly lost,” Charles said. “We would have no recollection of the past years. No way to track how our freshman-year selves have evolved into the people we are today. 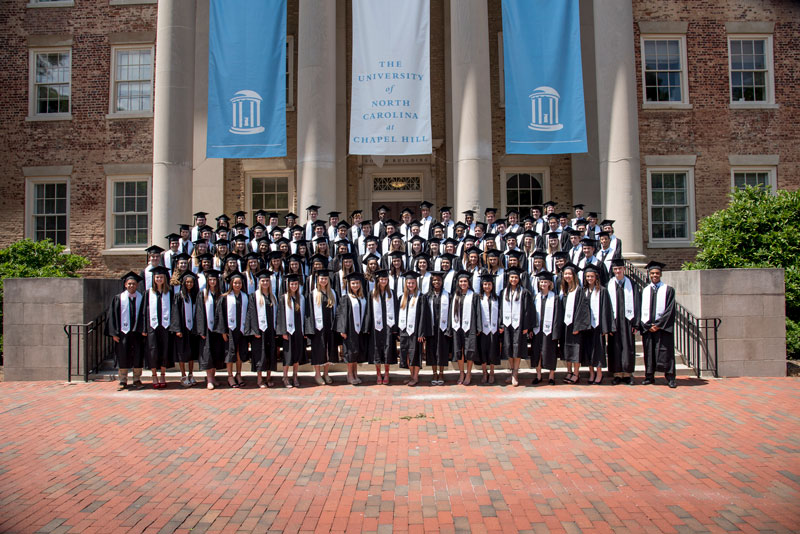 After so many shared experiences, the newest DA alumni’s paths are diverging. Life’s next chapter will take them to 49 different colleges and universities — from nearby schools like Duke University, UNC-Chapel Hill and Elon University, to those farther from home, like the University of Southern California, Spelman College and Brown University — as well as gap-year adventures and post-graduate-year discoveries. 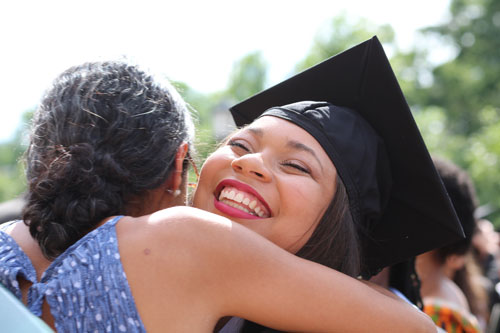 “So now, as we once more leave the comfort of a familiar, safe balcony, and journey into the daunting depths of unknown environments, I challenge you to live your next four years with your eyes wide open,” Charles said. “As you move into the world beyond, stand steadfast and confident in the face of every challenge. Stand tall because each of you has a map explaining exactly who you are. Be bold and be brave, and most importantly, don’t blink for a second because if you do, you might miss out on brilliant opportunities. It happens that fast.”

Upper School Director Lanis Wilson opened DA’s 44th commencement exercises by reciting a line from Max Ehrmann’s Desiderata: With all its sham, drudgery and broken dreams, it is still a beautiful world. Be cheerful, strive to be happy.

“The key word in that final stanza is not beautiful, or cheerful, nor is it happy. Those adjectives pale before the powerful verb ‘strive,’ ” Wilson said. “… Scholars often toil in solitude, the world is filled with broken dreams, and not all achievement will be recognized. But you must never cease to strive.

“Vicissitudes and vagaries of fate can prevent us from being happy, but they cannot prevent you from giving your best effort,” he continued. “Success will not always be right at hand, but you have the character, you have the joyfulness, you have the intellectual tools to work toward your goals with passion and dedication.” 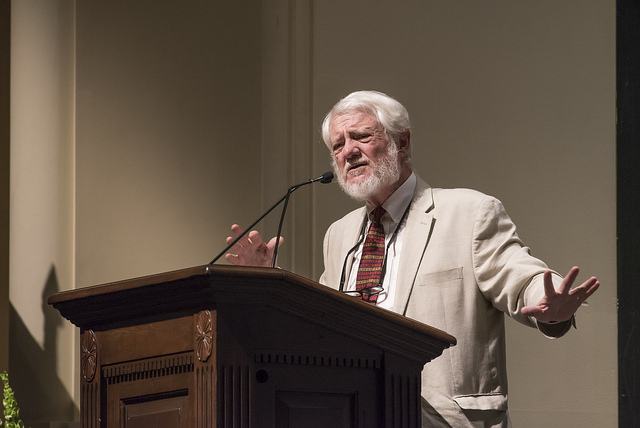 Commencement speaker Roy Blount Jr., a humorist who has penned two dozen books and served as a regular panelist on NPR’s Wait, Wait … Don’t Tell Me, warned that he isn’t one to dole out advice — “I never have felt that I have that sort of authority,” he said — but he did offer one tip, by way of an anecdote about NBA legend Wilt Chamberlain.

Blount had been assigned by Sports Illustrated to co-write a story with Chamberlain about his retirement, and before the story ran, he asked for the NBA star’s approval.

“The headline was fine — ‘My impact will be everlasting.’ He approved that, thought it was commensurate with his stature,” Blount recalled. “But the subhead was ‘A dominant force in basketball announces his retirement from the game.’ He read that, and he said ‘A dominant force? The dominant force.’”

As Blount tried to get in touch with his editor to ask about making the change from “a” to “the,” Chamberlain and a few of his friends were growing agitated. And Blount knew that for a few reasons, it would be highly unlikely that the editor would agree to the change.

A Sports Illustrated switchboard operator named Muriel — who “once said she doesn’t take anything off anybody” — connected Blount with his editor, who happened to be enjoying himself at a bar near the magazine’s offices. Blount didn’t make headway with the editor and put Chamberlain on the phone, who “gradually was mollified.”

After hanging up, the hoops star had just one question: Who is Muriel?

“My advice to you is just hang in there,” Blount told the graduates, “and eventually Muriel will come on.” 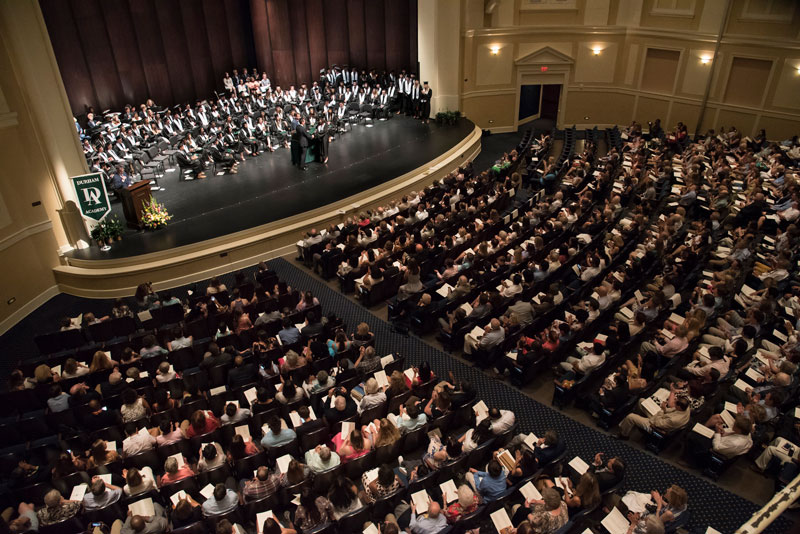