The three-day weekend ahead provides abundant opportunities to honor the legacy of Dr. Martin Luther King Jr., and to celebrate the talents of Durham Academy students, family members and alumni.

Over the weekend, DA will play host to the Cavalier Invitational Debate Tournament; In The Pocket’s annual alumni and family concert benefiting the Nicaragua Club and WISER; the annual MLK Day of Service meal-packaging effort; a student art exhibition related to King; and a talk on King’s legacy by N.C. State University professor Dr. Blair L.M. Kelley. 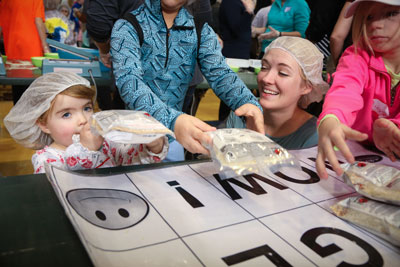 Enthusiasm for this annual schoolwide hunger-fighting event — held in partnership with Rise Against Hunger on Martin Luther King Jr. Day — has been tremendous, with all volunteer spots being filled in a matter of hours. With an army of volunteers ready to do their part, DA will likely package more than 30,000 meals at this year’s event, surpassing 235,000 total meals packaged in the nine years of the event.

While no space remains for volunteers, there is still a need for monetary donations to help pay for the food to be packaged. 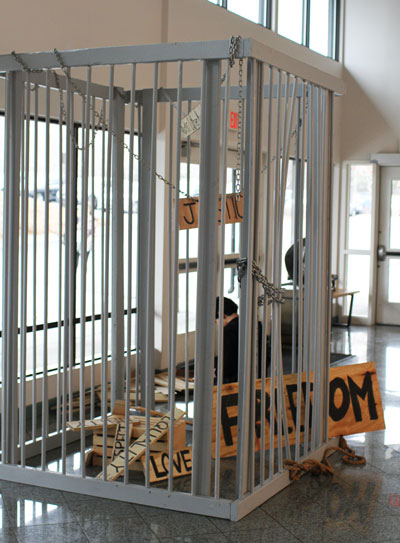 A multi-division art exhibition honoring King’s legacy has been installed in the lobby of Kenan Auditorium, and all are welcome to attend the exhibition’s opening reception, following the meal-packaging event.

“It’s really a first that we have art from Lower School, art from the Middle School, as well as art from us in the Upper School,” Upper School art teacher Anne Gregory-Bepler explained.

The art was all created in recognition of King’s legacy, with a highlight being a large jail installation.

“We invite you to participate by writing your thoughts, hopes or dreams, or words associated with Dr. King’s message” on wooden signs to be placed inside the bars, Upper School art teacher Gregory-Bepler said.

Dr. Blair L.M. Kelley, associate professor of history and assistant dean for Interdisciplinary Studies and International Programs in N.C. State University’s College of Humanities and Social Sciences, will cap DA’s Martin Luther King Jr. Day celebration with a keynote speech. All members of the DA community are encouraged to attend; the event is also open to the public. 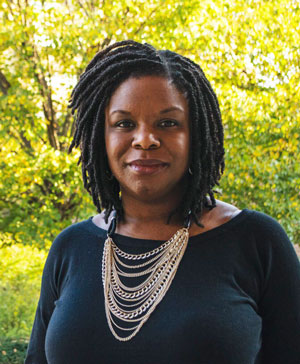 "Dr. Kelley is among the country's foremost scholars examining the history of African-American social justice movements,” said Kemi Nonez, DA’s director of diversity and multicultural affairs. “We're so fortunate to have her share her message, which champions the man Dr. King was and the steadfast work we continue to do in order to fulfill his Dream."

Kelley — who is a DA parent and a member of the DA Board of Trustees — is the author of the Letitia Woods Brown Best Book Award-winning Right to Ride: Streetcar Boycotts and African American Citizenship in the Era of Plessy v. Ferguson, published by the University of North Carolina Press in 2010.

She has served as a guest on state and national news programs, including NPR’s Here & Now, MSNBC’s Melissa Harris Perry Show and Countdown with Keith Olbermann, Democracy Now, and WUNC’s The State of Things. Kelley has also provided commentary for national news outlets, including the New York Times, The Washington Post and The Associated Press.

Kelley produces and hosts a podcast called Historical Blackness and has nearly 28,000 followers on Twitter. 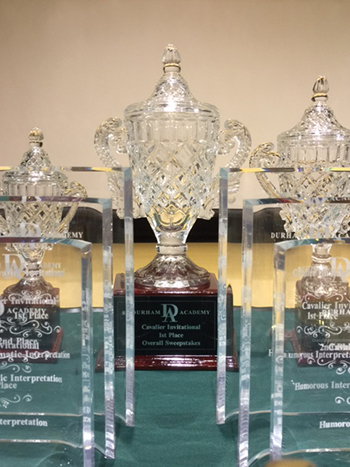 Topics to be debated during the tournament include whether Spain should grant Catalonia independence, and whether plea-bargaining should be abolished in the United States.

“There’s a range of activities, and no matter what is going on — young people are finding their voice in the world,” explained Crawford Leavoy, director of DA’s speech and debate program.

Tournament events will be held around the Upper School, Lower School and Hill Center campuses. All visitors are asked to check in with Leavoy in the Upper School Learning Commons faculty lounge.

Rounds begin at 9 a.m. on Saturday and follow a set schedule, going into Sunday morning. Elimination rounds are set to begin around 10:30 a.m. Sunday. The action culminates with an awards ceremony around 6 p.m.

In The Pocket Benefit Concert

This annual benefit concert for DA’s Nicaragua Club and WISER is unlike any other In The Pocket show, with dozens of special guests — alumni, family members and members of the Lower School chorus — joining the current ITP lineup on the Kenan Auditorium stage. Tickets are free, but donations for the two beneficiaries are encouraged. 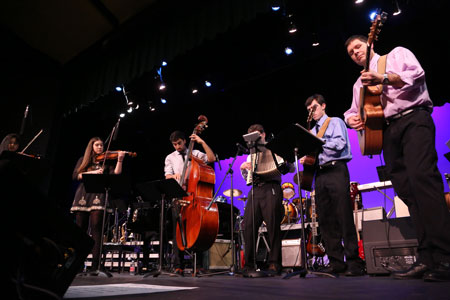 “It’s going to be a huge show and a fun reunion,” Meyer said. “We look forward to seeing you there!”