Upper Schoolers share passions in What Matters to Me workshops
mbutts
Apr 13 2017 5:34 PM 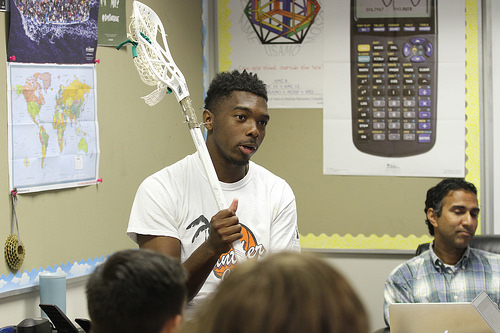 Durham Academy Upper School students’ interests are varied, and they run deep — and on Thursday, students had an opportunity to share their passions with classmates in What Matters to Me workshops.

“It’s freedom,” senior Caleb Vanderburg said of the opportunity extended to all students and faculty to present workshops. Along with fellow seniors Xavier Nonez and Tyler Carpenter, he presented a workshop on the importance of diversity in lacrosse. “It’s great to be able to talk about something that you’re interested in — to share the greatness of whatever you like to do.”

While 2017 technically marked the first year of What Matters to Me, it’s a bit of a marriage of Mix-It-Up Day, which had been observed at the Upper School each October in different formats over the past several years, and a Diversity Club-organized series of discussions in 2015 also called What Matters to Me. 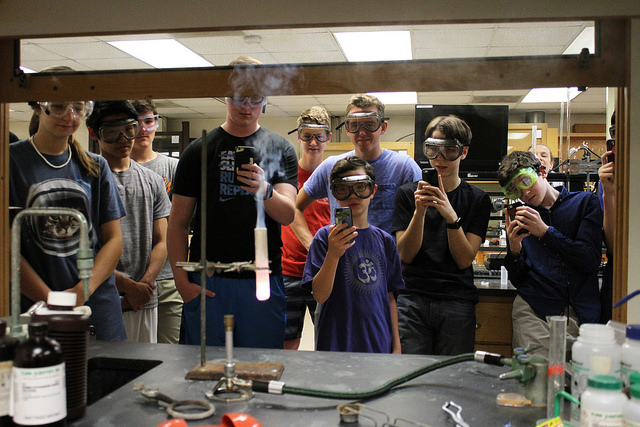 Scheduling didn’t allow for the usual Mix-It-Up Day in the fall, and students expressed to the Upper School diversity coordinators — history teacher Kelly Teagarden and college counselor Jazmin Garcia Smith — that they still wanted time in which to share with their classmates.

“It came from students themselves — the kids asked for this,” Teagarden said. “And we wanted to expand it to ‘What Matters to Me’ so it’s truly whatever matters to you. It could be anything — a student explaining his trip to Rwanda, music and language, robotics, a campaign to stop sexual assault.”

The entire Upper School student body participated in What Matters to Me workshops, either as presenters or attendees. In all, 27 workshops were offered by nearly 40 students, eight faculty members and one alumna, Jasmine Williams ’13.

The workshops were part of a special day on the Upper School campus that also included the annual poetry assembly, International Day lunch and community service projects off campus.

“It validates what they’re passionate about — to see that other students are also interested enough to sign up to hear what they have to say,” Teagarden said of What Matters to Me. “And to realize that others see them as experts when teachers and their classmates give them a nudge to make a presentation about something they’ve expressed an interest in.” 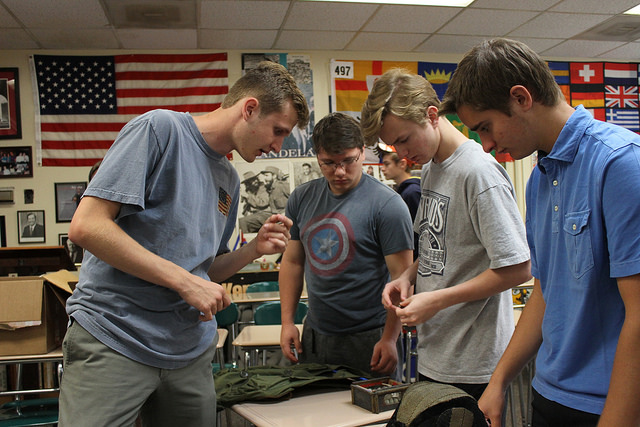 She expressed gratitude to Anne Benson in DA’s technology support office for setting up an online registration system so that students could sign up for the workshops that most interested them.

Dylan Peter, a junior, brought in dozens of pieces of war memorabilia — including military uniforms and medals, head gear and a piece of the Berlin Wall — for his workshop titled “Military History Exhibit: Weapons and Uniforms from the 19th Century to the Current Era.” He often brings in items when they’re pertinent to discussions in history class, and Teagarden and fellow history teacher Dr. Rob Policelli encouraged him to share his collection and knowledge in a What Matters to Me workshop.

“I really enjoy this stuff and talking about it with other people,” he said, noting that his interest in military history developed as a fourth-grader through discussions with his grandfather. “I’m glad it’s something that people sign up for so you know that the people there truly have an interest in your presentation. And I’m glad we get a day to do this — it’s not something you’d have an opportunity to do otherwise.”

Sophomores Julia King and Raksha Ramanan’s workshop, “Happy, Moral, Productive?” was inspired by The Mission-Driven Life, a course taught last fall by Head of School Michael Ulku-Steiner and Associate Head of School Lee Hark. Ramanan wasn’t enrolled in the course, but, as King explained, “I talked to Raksha so much about the class that she was basically in it.” 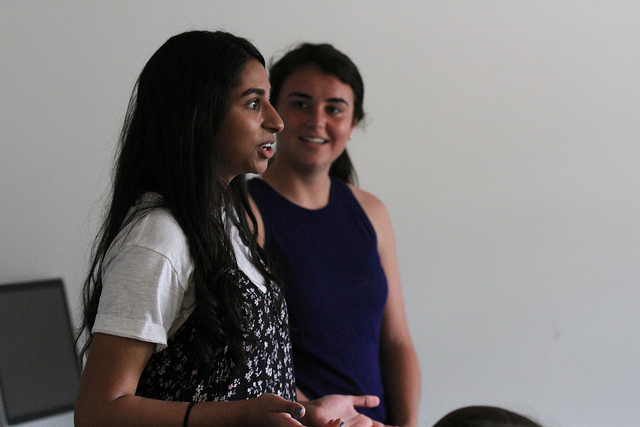 The pair guided workshop participants through an exploration of DA’s mission — “to provide each student an education that will enable him or her to live a moral, happy and productive life” — and then asked them to “think about their values, think about how different we all are but how we can be united around being ‘happy, moral and productive’ and what that really means,” King explained.

“We both love DA so much and care about making it better,” Ramanan contined. “We wanted to break everything down and explain ‘Happy, Moral, Productive.’ We see it, but we don’t always understand the nuances. And we thought that would be the best way to effect change at DA.”

Jaspreet Bhutani, also a junior, led an interactive workshop on Bhangra dance. She presented about her religion, Sikhism, at an Upper School assembly in February and jumped at the opportunity to share another aspect of her culture.

“I think it’s really important to learn about interfaith and about different cultures, because ultimately that’s what brings us together,” said Bhutani, who also recited a poem in Punjabi at Thursday’s poetry assembly.

View more photos from What Matters to Me on Flickr.