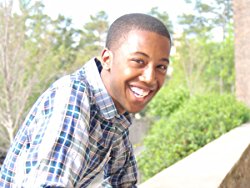 Durham Academy and Duke alumnus Derek Rhodes is looking to inspire the next generation of young people to commit to careers in public service. What better way to reach them than through a children’s book? Rhodes’s protagonist, 14-year-old Jimmy, aspires to become a city council member despite his young age. He is committed to making a difference through public service and political engagement at the local level, and perseveres in the face of skeptical adults who doubt his ability to become a remarkable politician.

During his time at Duke, Rhodes majored in Public Policy, served on the Honor Council, interned at the U.S Department of Justice Public Affairs Office and served as one of the head managers for the Duke men’s basketball team. In 2014, he was selected for the prestigious and highly competitive White House Internship program, working in the President’s Office of Scheduling and Advance, and even crossed paths with POTUS himself. He credits DA for providing opportunities for public service and community engagement starting at an early age – he served on Honor Council, did volunteer work with a DA group in Nicaragua and was a leader of DA’s Stop Hunger Now effort — and through his book he wants to make sure more children are aware of those same possibilities.

“America was built on the foundation of public service. … Jimmy for the City was written to bring that sense of localized participation and community involvement back into the lives of American citizens. After spending my youth volunteering … I became incredibly passionate about public service and the values it offers every child. Our world of instant gratification has moved away from selflessness, and I found volunteering to be the most rewarding activity I ever did growing up.” 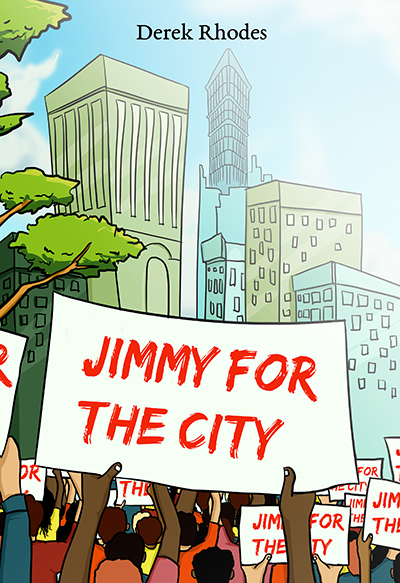 But Rhodes says the mission of the book is two-fold: for the book itself to teach children that they can fulfill their dreams and achieve their potential simply through a little hard work and determination, and for proceeds from sales of the book to create a scholarship that supports young men interested in participating in community service internships. The Jimmy for the City Scholarship helps cover the cost of living and expenses for undergraduate students who have secured an unpaid internship focused on service and community engagement. Rhodes says the intent is to enable unpaid internships for students who otherwise would not be able to afford such an opportunity. Two scholarships were awarded in 2016.

“We hope to provide educational, financial and general support to young men for whom a small amount of support can make a significant difference. … Anyone can do what Jimmy did. All it takes is determination, a passion for service, and the bravery to stand up against the doubters. That is exactly why I wrote Jimmy For The City.”

The book, released in April 2016, is for sale on Amazon. Derek Rhodes graduated from Duke University in 2015 with a degree in Public Policy Studies. He works full-time and lives in New York City. This is his first book.