Humorist Roy Blount Jr., known as the author of two dozen books and a panelist on NPR’s Wait, Wait … Don’t Tell Me, will deliver the commencement address at Durham Academy’s 44th commencement exercises. The class of 102 seniors will be celebrated in a ceremony set for 3 p.m. on May 25 at Memorial Hall on the campus of UNC-Chapel Hill.

Blount is the author of 24 books, the latest of which is Save Room for Pie: Food Songs and Chewy Ruminations (2016), a collection of meditations on everything from okra and boiled peanuts to grapefruit and gizzards — in the form of poems, songs, fictionalized news stories and more. A few more of Blount’s recent humor titles include Alphabet Juice (2008), Hail, Hail, Euphoria (2010) and Long Time Leaving: Dispatches From Up South (2007). 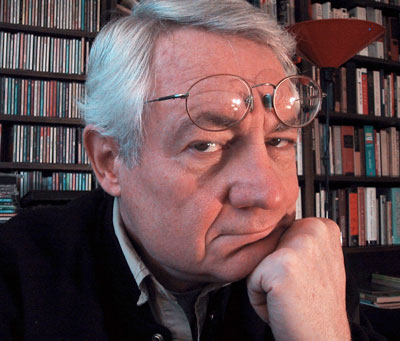 The prolific writer’s first book, About Three Bricks Shy of a Load (1974), features observations and impressions of the Pittsburgh Steelers after spending a season with the NFL team. The New York Times’ Dwight Garner wrote that "this book isn't just a classic of American football writing but the classic of American football writing, and a book that deserves a place on the short shelf of the cracked masterpieces of New Journalism."

In writing about Blount’s second book, Crackers, Norman Mailer said, "Page for page, Roy Blount is as funny as anyone I've read in a long time."

Among Blount’s other literary contributions are essays, a memoir and a biography of Robert E. Lee.

In 2009, he joined Tom Wolfe, Elizabeth Spencer, Reynolds Price and other accomplished writers in winning the Thomas Wolfe Award for lifetime achievement from UNC-Chapel Hill.

Blount will be joined on the Memorial Hall stage by senior Alex Charles, who was selected to deliver the student address.

Tickets are not required for the commencement exercises. Guests who wish to attend are encouraged to make use of shuttle buses departing from UNC’s Friday Center (100 Friday Center Drive), as parking is very limited on UNC’s campus. The shuttle service is available free of charge and will begin at 1:15 p.m. The doors of Memorial Hall will open at 2 p.m.