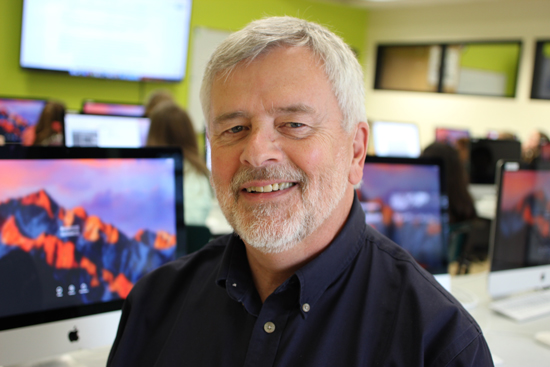 Karl Schaefer views his life as “a long, circular path,” from childhood on a farm in Wisconsin to home now on a 10-acre farm in Efland. Along the way he has been a railroad worker in the Midwest, dipped ice cream in Massachusetts and sold Toyotas in Kansas before finding his way to North Carolina as a teacher.

Schaefer is the Middle School’s digital learning coordinator and academic leader for technology, but he had no idea technology would be part of his path. He remembers “the biggest thing that happened in high school for us was when we got the IBM Selectric typewriter with the little ball that would spin around.”

The middle of nine children, Schaefer began milking cows when he was 5. He moved out of the house at 13 to go work on a nearby farm, and he didn’t head to college until he was almost 30. “I tried to go to college right out of school, but I messed up on my financial aid. I checked that I was not a citizen by mistake, and nobody said “Of course he is a citizen.’”

So Schaefer went to work on the Burlington Northern Railroad as a gandy dancer — “I could pound a railroad spike in about four strikes” – then as a brakeman running from Lacrosse, Wisconsin, to Minnesota and down to Cicero, Illinois. “It was a beautiful job, right along the Mississippi River, but I knew there was more to life than that.”

He moved to Massachusetts “to work with my brother and sister-in-law in their ice cream store. For about six, seven years I was the manager of Bart's Ice Cream in Northampton.” That’s where he met his wife, Nancy, who was visiting from Shawnee, Kansas, and within six months he had followed her to Kansas.

“I went from managing ice cream stores and a scratch bakery to selling Toyotas for a while. Nancy had two children who have become my children over the years. I decided to go back to school and become a teacher. … I got a K-8 certification in science education from the University of Missouri-Kansas City.”

They wanted to move to North Carolina, and Schaefer landed a job at Chapel Hill’s Culbreth Middle School. He began taking classes at UNC’s School of Education, doing workshops on HyperStudio and other technology of the 1990s, and wanted to bring technology into his classroom. 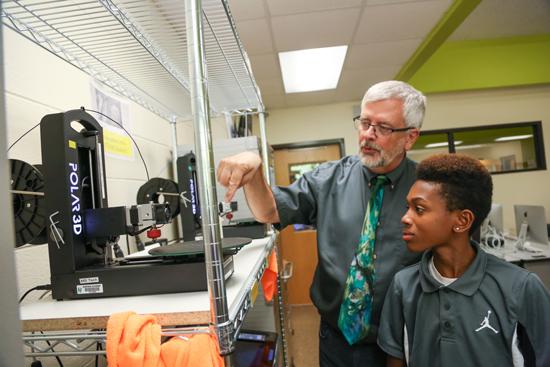 “I was very much, I still am, a constructivist educator. That means students construct their learning by actually making things, making things in a sense that they all have some schema or some idea of what they might know. You learn by attaching new information to that area and you learn it by doing. It was a very active, hands-on sort of class versus me trying to get them to take all that information in their head and then spit it back to me. I wanted them to apply it as we learned it.”

The Chapel Hill school system had a program called Classrooms of Tomorrow Today, and Schaefer jumped right in. “We had laser discs, we had computers and printers and things which all seem very quaint now. I had to keep them running and learn how to use them. I had no computer classes — I'm self-taught on everything. The more I got into that, the more my students were doing, and then I was offered a job to be part-time science teacher and part-time technology coordinator. I said, OK I'll do that, and then I ended up really working more with technology and wiring and computers, trying to fix stuff, and less with the students.

“I remember being in a wiring closet, where all the switches were for all the computers, and going, ‘How did I end up here? This is not what I'm for.’ What I ended up doing was starting to look for jobs in the Research Triangle Park. I was 30-some years old but being paid as a beginning teacher because I was new in terms of the number of years.”

Schaefer was also working with Learn North Carolina out of the UNC School of Education. “It was one of the first internet-based repositories for lesson plans and tied to standards. I would go around the state and train schools and teachers on how to submit lessons. I would review lessons and improve lessons and work with teachers around the state, work with community colleges, and try to do training to get some resources built in and approved and funded.”

He had a third job, as a manager of the Carrboro Farmers’ Market on Thursday nights and Saturday mornings, and a fourth job, hosting a N.C. Therapeutic Riding Center program one or two nights a week at his farm in Efland. 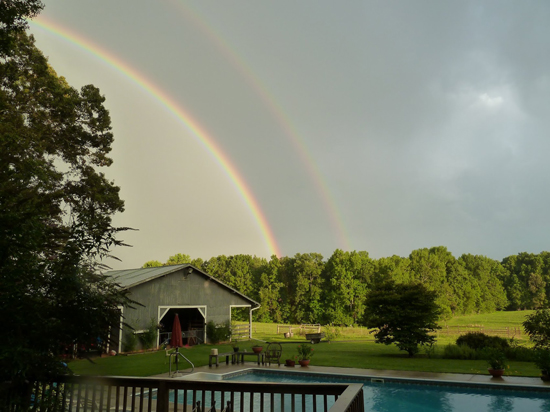 “Life was crazy” with four jobs and a 10-acre farm to care for, “and I wasn't happy doing just the wiring, trying to fix computers and stuff. I missed being with the kids, and I wasn't really excited about going to the corporate world.”

A phone call changed his life. A former colleague who was teaching at Durham Academy told him about a job opening for a computer teacher at the Lower School.

Schaefer came for a day-long interview and was back working in the wiring closet when he got a job offer from DA. He was nervous about teaching first- through fourth-graders but jumped at the job. “It just looked like such a great, glorious opportunity to do something. … I got hired here in 1999 and learned how to teach Lower School kids when we still had floppy disks to put in. We had the old beige computers, and then we got the new iMacs.” He became chair of the department and helped open the new Lower School campus on Ridge Road, “but my heart was always in Middle School.”

“As that program has matured, where my heart was and what I wanted to do was right at the interface of helping that tool be the biggest digital learning tool that the school offered. Because if the iPad is that important for the students to have, then teachers need to know how to integrate it, students need to know how to use it, and we need to really maximize it. Just giving someone a device doesn't necessarily change the learning, it just means one more thing to carry around. We've worked pretty hard at vetting the right apps and getting the best balance in terms of when technology is appropriate when it's not appropriate.”

Two years ago, he had the idea of creating a makerspace at the Middle School and has introduced a not-for-credit STEAM — Science, Technology, Engineering, Arts and Math — class that meets during study hall and has no grades or no homework. “We do the 3D printing, we do electronics, we do design thinking. It's really trying to get students to own their learning and figure out what it is they might want to work with later in life.”

Schaefer is also a believer in the power of off. “Every device has an off button, and if you use it, it's amazingly powerful. … I can work from home, but we have to remember that it is a choice on our part. I may read my e-mail at home but I don't respond unless it's an emergency kind of thing. I take it really seriously to know when I'm online and when I'm off, which means I don't get on the device at home unless I really need to do something.” 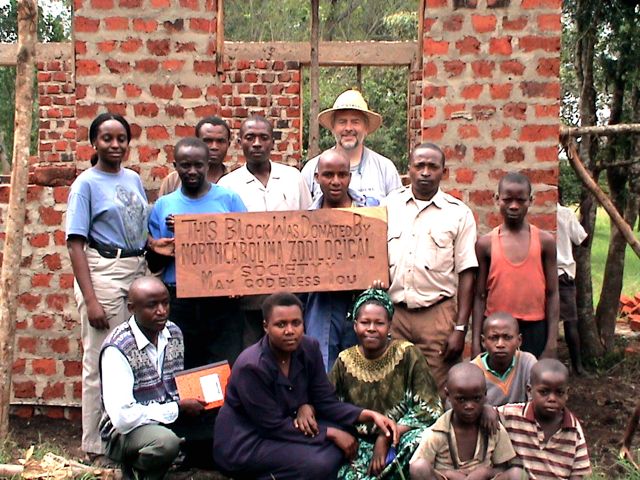 When Schaefer is at home in Efland, he’s likely to be out on the farm.

“My farm is 10 acres of just wonderful bliss. When I get home I'm not on devices. … This past weekend I put up a brand-new purple martin housing situation, this one has six. I just love the sound of them [purple martins]. I grew up on a farm, and I like the grounding of being on a farm. I love driving my tractor. I garden, I grow a lot of vegetables. It's something I just love to do.”

Schaefer also loves to learn and teach and has been to Africa twice as an outgrowth of work with the North Carolina Zoo. He helped Ugandan teachers develop lesson plans to teach about protecting the environment and save chimpanzees in the Kibale Forest. On one of those trips he met Sam, an adolescent whose parents had died of AIDS, and over the last 12 years has helped him get through college and get a house.

He has taught Saturday Academies to help DA teachers become proficient the latest software, and he has been a Google for Education-certified trainer since 2014 — “which means I've taken a series of online courses and I pass exams every year. I do training for a variety of schools around the area, DA and other places. …  I've helped schools set up G-Suite for their schools, I've done training at conferences and that's been something that's really been incredibly rewarding for me, as well, and a challenge.”

From the job offer that got him out of the wiring closet and back to the classroom, to release time for his work in Uganda, to a 1:1 iPad program at the Middle School, to creating a makerspace and offering a not-for-credit STEAM class, Schaefer is pleased with the way things have worked out.

“Over the years DA has met me and helped support me in almost everything I've done. It's been pretty amazing.

“I love teaching kids. I like to touch the future and I know that I am.”