A crowd of supportive family members and friends packed the lobby of Kirby Gym as seniors Anna West and Shaffer Woody officially declared their intent to play lacrosse in college on Wednesday. Around the same time, fellow Cavalier Tyler Carpenter ’18 also signed to play Division I college lacrosse in a signing ceremony at Salisbury School in Connecticut, where he is completing a post-graduate year.

Carpenter will compete at Duke University, West will play at Davidson College and Woody will join the Syracuse University team. 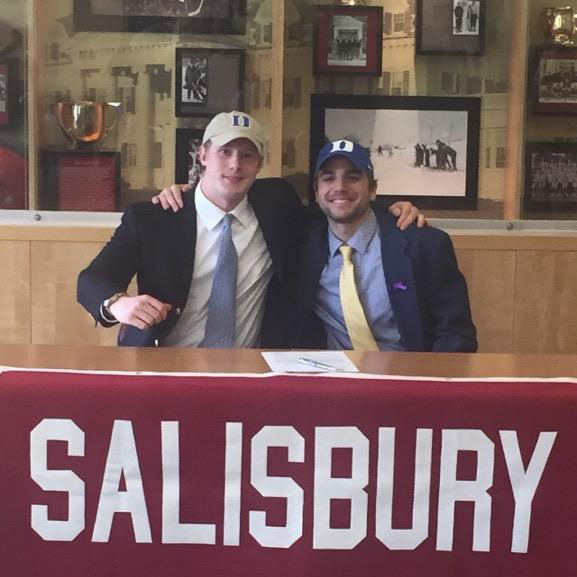 “Going to Duke has been a dream of mine for as long as I can remember, and I can’t wait to be able to be with the team and get to playing,” said Carpenter, who also played basketball at DA. “It would also mean a lot to me to get there because I will get the opportunity to play with my older brother [former DA student CJ Carpenter] and that just excites me even more.”

“I’m so happy that Tyler’s lifelong journey to play at Duke University is finally a reality,” he said. “I can’t wait for him to be back in Durham living out his childhood dream as a Blue Devil. Tyler will go down as one of the all-time greats at Durham Academy, and we couldn’t be more proud of him.” 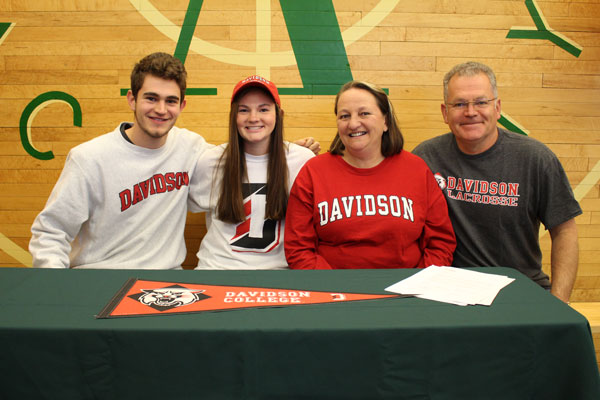 West — named 2018 TISAC Player of the Year — is a three-time All-Conference and two-time All-State honoree, and she earned All-America honors her junior year. Also a standout on the DA field hockey team, she was named All-Conference in 2018 and earned the Scholar of Distinction honor as part of the 2018 National Field Hockey Coaches Association High School National Academic Squad.

“I love to compete and I am beyond excited to be extending my athletic career at the Division I level,” West said. “I am looking forward to attending such a vigorous academic school, while still being able to pursue my passion of lacrosse. I want to thank all my coaches and teammates for always pushing me to work hard and be my best, but most importantly, I am grateful for the ongoing support and investment my parents have provided me.”

“She is a role model for all student-athletes,” Rebosa continued. “She is hardworking, respectful and always leads by example. I am so proud of her and her accomplishments on and off the lacrosse field and wish her the best at Davidson.” 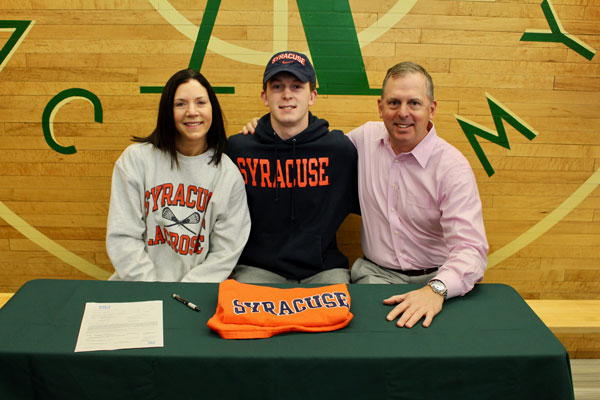 Woody is a two-time All-State honoree in lacrosse, and has been named All-Conference each year of his Upper School career.

“It's been a dream of mine ever since I was a little kid to play Division I lacrosse,” he said. “Now that it's finally happening, I couldn't be happier. I am really looking forward to experiencing the next level of competition and becoming a better player.”

Woody expressed gratitude for Lantzy’s support: “He's the one who has been there since the beginning of my lacrosse career and he has guided me to where I am today. He's always had my back, always been there for me whenever I needed him, and I can't thank him enough.”

“I couldn’t be happier for Shaffer and the opportunity he has earned to continue his playing career at such a storied lacrosse program like Syracuse University,” he said. “It is so exciting to see a kid dream big, have the ability and put in the hard work to make that dream a reality. We are so proud of him and can’t wait to see what lies ahead for him.”