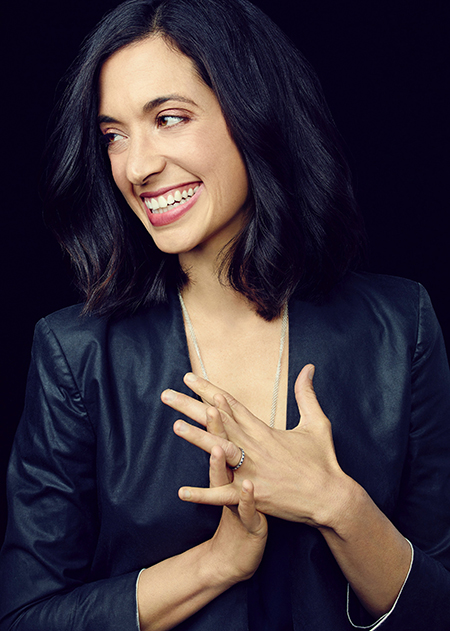 Television writer-producer and playwright Sarah Treem ’98 always knew she wanted to be a writer. But it was in a physics class that she took away one of her most powerful lessons from Durham Academy: “You don't always need to understand what you're doing ... but you do need to care.”

Treem has racked up a number of accolades in her career writing for the stage and small screen, including a Golden Globe — and she’ll soon have another to add to her trophy case: Durham Academy’s 2017 Distinguished Alumni Award. The DA alumni community will recognize Treem’s accomplishments at the Spring Alumni Reception, set for Friday, April 28, at 6 p.m. in the Upper School Learning Commons.

A — After high school, I went to college and then graduate school in New Haven. I got my BA in English and my MFA in playwriting from Yale. After graduate school I moved to New York, where I tutored while starting my playwriting career. I had a few plays go up off-Broadway and I simultaneously got a job writing a little-known HBO show called In Treatment. It turned out I really liked TV, even though I hadn't watched much of it as a child. TV moves quickly and the pressure to produce is very high. I like working hard and I loved how efficiently the TV process moves from idea, to outline, to script, to set. It took me years to get a play produced, but in television, something I wrote would be in the hands of actors the next day and on screen a few months later. I became essential to that show, so HBO asked me to staff on other shows like How to Make it in America. From there, I got a job writing and producing the first season of House of Cards.

I became pregnant with my first child around that time and knew I wouldn't be able to return to Baltimore (where HOC shot) for subsequent seasons, so I wrote the pilot for a new show called The Affair and sold it to Showtime. Having your own show means you're a little more in control of your destiny. I came back to LA, had my son and then we began shooting the first season. That was almost four years ago. Since then I've been running The Affair, writing movies and plays and had another baby!

A — We are breaking story and writing scripts for the fourth season of The Affair. And my daughter just turned 1 so I'm trying to enjoy this relatively low-stress moment in my schedule and spend time with her. Things will get crazy again (the hours get very long) when we start production in a few more months.

A — I've always wanted to be a writer. I love writing. TV is a wonderful place for someone who loves writing because there's so much of it that needs to happen. And if you have your own show, like I do, then you get to spend all your time collaborating with other writers, actors and directors whom you admire, on characters that you love, in a milieu that you created. It's really intoxicating and magical and very, very satisfying.

A — I took Mr. [Lou] Parry's AP physics class and I remember being very bad at it and feeling really frustrated. Mr. Parry told me it was okay though, because I was good at 'the emotional side of physics.' It's literally taken me years to unpack what that statement actually means, but I've carried it with me for almost two decades. I think he was trying to tell me, you don't always need to understand what you're doing ... but you do need to care. 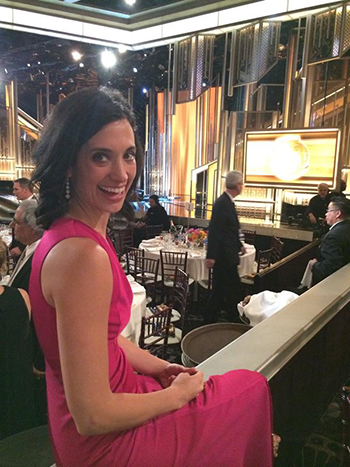 DA was very, very good to me while I was there. They let me do almost anything ... write and direct my own plays, edit the newspaper, sing in the musicals (I can't sing), run for the track team (I can't run), create and produce something called "Holocaust Day" where the acting class got up on the roof and pretended to patrol the campus wearing armbands and carrying toy guns. And the whole school had to watch Schindler's List. I mean, what??? I was insane. But nobody at DA said that aloud. At least not to my face.

Q — What’s on the horizon, what’s next for you?

A — Hopefully a few more years of this show, then some time off from TV, where the schedule can be so punishing. I have a screenplay to finish that's way overdue. I'd like to get back to theater as soon as I can.