Thomas Phu thinks he’s a very lucky person. He wouldn’t change a thing about a life that’s taken him from a childhood in war-torn Vietnam to refugee camps in Thailand to resettlement in Louisiana to college as a pre-med major to a career as a high school history teacher. 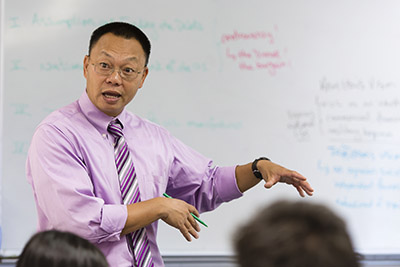 “I’m a big believer in that’s the way it’s meant to be. If it weren’t for all of those events, I would not be the person I am. I am very, very viscerally still impacted by the war, from living in Vietnam, from the immigrant experience, from the refugee camp, from the bullying, being picked on. At the same time, certain adults had their arms around me and helped me when I was completely clueless. I wouldn’t change anything because that’s who I am.”

Phu has been at Durham Academy Upper School since 2003, and he has been recognized as an outstanding teacher — but his path here was anything but straight.

Phu was eight when he escaped from Vietnam with his family in the middle of the night on Christmas Eve 1979. “We really didn’t have any future, being ethnically Chinese living in a communist country. We were seeing relatives’ property confiscated, and they were imprisoned or killed.” His father had served in the South Vietnamese Army, and he lived apart from the family in the countryside for several years after the war ended in 1975. Now the family was together, and they were headed for Thailand. 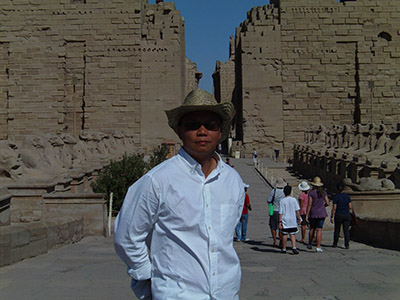 They crossed the Mekong River by boat and walked, biked and sneaked rides on the backs of convoys on their weeks-long journey through Cambodia and Laos, all the while trying to keep safe by disguising themselves as locals. They lived in refugee camps in Thailand for a year while Phu’s father made plans for them to move to Australia.

When the Australia plans didn’t come through, he applied to go to America, and their immigration papers were processed quickly. Next came three months in a refugee camp in Indonesia, then on to Hong Kong, where the family boarded a plane for Seattle and then to Lake Charles, Louisiana. A Lake Charles man who owned hotels was the family’s sponsor, and Phu’s parents worked for him as janitors for four or five months. With their sponsor’s blessing, the family moved to Lafayette, Louisiana, where a military buddy helped Phu’s dad get a job as a janitor in a machine shop and his mother get a job in a Chinese restaurant.

It was 1981, Phu was 10 and in the third grade, which he repeated the following year. He was the oldest in the class, yet was smaller than many American children because of a lack of nutrition and food during the war in Vietnam. “I felt lost, in a surreal world. I was picked on a lot, and I had to take care of my younger brother. I was protecting him, and almost became like his father.” He ended up doing well academically, skipping fifth grade and going straight from fourth grade to middle school. 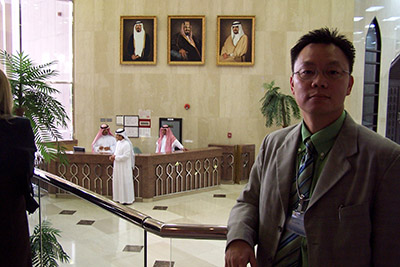 “I remember the very first day in the U.S., when we moved to Lake Charles. A woman gave my dad a hundred dollars and said this is your money for the month to buy food. We were in a store and I saw this bag of little olive-colored toy soldiers. It probably cost 80 cents and I wanted it.” Phu’s dad said if he wanted that bag of toys he could work for it. He got Phu a job mowing grass, and he mowed grass for the same woman from age 10 until he was 18.

“Those little events like that, working as a janitor, working as a waiter, toughened me. If you want something, you earn it. It’s not given to you, it’s not on a silver platter. I bring that same attitude to [history] class. It’s sort of like tough love, but with guidance and nurturing. I borrowed that from the teachers who wrapped their arms around me. … I think students need tough love more than the nurturing. It’s the resilience they need. I needed to see failure before I could succeed.”

Phu graduated from Lafayette High School with a 3.85 GPA. He applied to college, intending to become a doctor because that’s what his father wanted him to be. He turned down several schools to attend Texas Christian University, which was “one of those great decisions that I didn’t mean to make.”

A TCU admissions officer visited Lafayette High and had encouraged Phu to apply. She helped him get financial aid, arranged for Pell Grants and showed him how to apply for bank loans. He went to the school sight unseen, and “that’s where I blossomed. … In a small environment like that [8,500 students], I was able to make a number of really critical connections to staff and faculty who shepherded me through the four years there — people who cared and wanted to help me.”

Phu struggled with the sciences in college and realized that while his high school grades were good, “I had no study skills, no strong study habits or analytical habits. I lied to myself that I’m a pretty smart person when in fact I had very little skills. I failed, making C-pluses and B-minuses and almost burned down the chem lab. … A couple of teachers pulled me aside and said ‘Look, this is what’s happening, and this is why you’re struggling.’ ”

His advisor, Dr. Phil Hartman, told Phu “you might want to reconsider pre-med because you’re going to end up killing more people than you save.’ ” His comparative invertebrate anatomy professor, Dr. Gary Ferguson, said he would make a better teacher than he would a scientist.

Ferguson made Phu his teaching assistant for the next semester, telling him “you have a way of talking to your friends that makes me think you may be a very good teacher.”

After serving as a TA, Phu thought maybe he could survive college and maybe teaching would be his path. He stayed pre-med, double-majoring in biology and history. He was supposed to take the MCAT and apply to medical school, but decided his “heart wasn’t in it.” He took a year off after graduation, moving to Virginia with a roommate who was going to grad school at Charlottesville, and the following year he enrolled in the master’s program in history at William & Mary. “It was a leap — the analytical skills still weren’t there,” so he left W&M for a job teaching history at St. Stephen’s and St. Agnes School in Alexandria, Virginia. 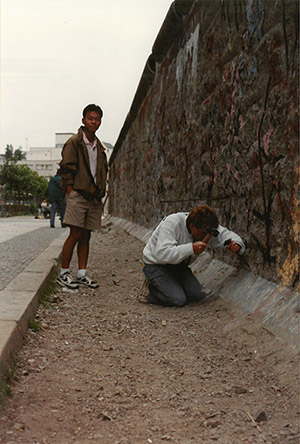 After seven years in Alexandria, Phu was ready for a change. He accepted a job teaching history at DA, and moved here in 2003 with his wife, Kim, and daughters Julia and Meghan. It has been a great fit for Phu and his family.

“There’s a whole 3-D thing about this place. It’s not just a job, seven to three or eight to four. It’s 24-hours in a good way. You care about the kids, the faculty and friends beyond academics. That’s sort of what I bring to the classroom, a 3-D way of teaching, the message in the classroom and outside. My message to the kids is it’s not about the grades. It’s about having a skill set to not only survive but to thrive in the real world. It’s about doing the right thing when no one else is looking. It’s about other people beside themselves. They have to go beyond their own little bubble. When they make decisions, think about who will be impacted. Will it be a positive impact or a negative impact? I know it’s hard for teenagers to think about that, but I have to plant the seed.”

Phu sees himself not as Chinese, Vietnamese or American, though he is a U.S. citizen. He sees himself as a world citizen, and in class he “speaks from as many lenses as I can, based on my travels.” He was in Germany when the Berlin Wall came down, and he brought a piece of the wall home with him. He was in Egypt six months before the Arab Spring movement. He has spent time in Saudi Arabia, has studied the Cold War in Cambridge, England, and has been back to Vietnam three times. “Traveling is one of the most memorable, most transformative things for me.”

Phu played varsity soccer all four years he was in high school, but his soccer skills go back to his time in Thailand.

“I was a kid in the refugee camp with nothing to do, and I was bored. I grabbed some newspaper, crumbled it together, tied a plastic bag around it, got some strings and made it into a little ball.  That was my soccer ball. I ended up kicking it around with the other kids in the refugee camp, and that’s how I learned soccer.”

He doesn’t expect DA students to make their own soccer ball, but he does want them to learn to be resourceful.