Performing with his childhood favorites, dancing in a Vegas New Year’s Eve show and “going crazy” in a Starbucks commercial — it’s all part of the job for Durham Academy alumnus Isaac Uhlenberg ’08, who followed his passion to Los Angeles for a career in dance.

A — After finishing at DA, I attended UNC-Chapel Hill, where I studied psychology, made the club baseball team and joined a hip-hop dance team called Kamikazi (yes, with an "i"). Once I graduated in 2012, I had to decide which of those three options I wanted to continue to pursue. I chose the latter and began making strides to begin my career as a professional dancer. After working for a couple years in North Carolina and teaching at a few local dance studios, in October 2014 I packed up my car and moved west to Los Angeles to take a shot at the big time. I am still living out in LA working as a full-time dancer, with a touch of modeling and acting on the side.

A — I have been living in Los Angeles for two years now, and I have received the opportunity to experience things that I could only imagine a couple years ago. I have appeared in various commercials, music videos and live performances. A few highlights include: performing at the Nickelodeon Kids' Choice Awards with Kel Mitchell; getting down in Shaggy's new music video "That Love;" appearing on the television talk show "The Real;" and even going crazy in an international Starbucks commercial. One particularly exciting aspect of my job in this industry is that I have the chance to work with people I used to always look up to as a child. Like ... Kel Mitchell! He was my favorite childhood comedian on the TV shows "All That" and "Kenan & Kel," and the movie "Good Burger." I love that I can still be a kid sometimes in my line of work.

A — Before college, I would have never even dreamed I would be dancing as a profession. Since middle school I enjoyed boogieing in my bedroom and learning a step or two on YouTube. But as a career? Not until the second semester of my senior year at UNC did I make the decision to fully devote my life to it. But I believe that is part of why I love it so much. It happened so organically that I became enamored. As cheesy as it sounds, I have always believed in following one’s heart to determine the best course of action. It was embedded so firmly inside me to give dance a shot that I couldn’t say no. I also took that course of action because my hope is for others to have the courage to pursue their passions too, even if it isn’t the typical route. 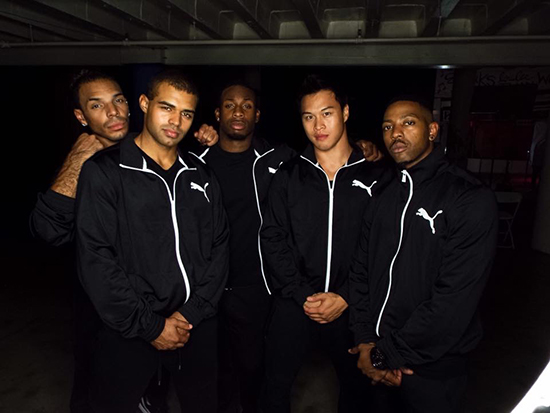 A — It is hilarious to me how my path to dancing began. Freshman year at DA, my friend and classmate David "Dizzy" Bernheim started up the Breakdance Club. What started as a sizable group of signatures turned into just the two us freestyling together a couple times a week during free periods and lunch breaks. My senior year, DA also started a salsa club, which I joined enthusiastically. These two positive experiences helped encourage me to seek dance in college. DA classmate Emma Edwards ’08 convinced me to audition with her for the Kamikazi hip-hop dance team during our freshman year at UNC. The rest is history. Sometimes it just takes the right encounters and positive energy to lead to the right path.

A — One of my favorite hobbies away from work is, well, to dance! When I'm not rehearsing or busy on a gig, I love training by taking dance classes at the local studios. I have met so many amazing people out here with different backgrounds and from foreign countries, so I enjoy spending time with them and learning about other cultures. Hiking, beach-going and attending church are also on my list of favorite activities. And, of course, I can't forget to mention eating. That hasn't changed since high school, either.

A — One goal I want to accomplish within the next couple years is to dance on a world tour. But for now I have a few projects I am currently working on, one of which will be performing at the Aria hotel in Las Vegas for its New Year's Eve show. There are so many experiences to be had, and I look forward to the opportunity to be doing what I love for a very long time!